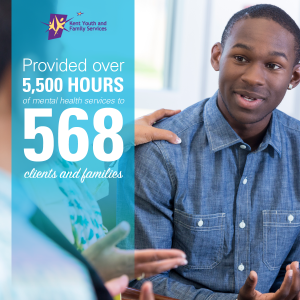 A local family came for therapy with their 3-year old grandson, Jackson. The grandparents were experienced parents and grandparents with many wonderful skills, but none seemed to be working for Jackson. In fact, the harder they tried, the worse his behavior became and the more violent his tantrums were toward his grandparents.

In therapy, we worked to identify the parenting skills that worked and those that didn’t. We also identified the skills that Jackson had and what he still needed to learn for his age level. We learned that his language skills were not developed enough for him to say what he needed or feared. He also have a very hard time with changes in routine, especially if he was tired of hungry.

After learning about these, we worked to find parenting strategies that helped Jackson learn to communicate more about his needs and that helped prepare him for the changes in his schedule. For example, the grandparents began increasing the structure at home with more predictable routines, preparing him for changes in advance by giving warnings and helping him learn what would happen next by using pictures. They also helped hum name his feelings and provided no-fail choices for small things, such as wearing a blue or an orange shirt. Finally, the grandparents learned tools for their role as his coach.

The grandparents are finding that Jackson is beginning to use more words to talk about his needs. He is also doing a better job of expressing himself. He is still having tantrums, but they are more age appropriate and less violent than before. Jackson and his grandparents also appear more confident in their abilities to handle challenges.

At the last session, Jackson talked about a time when he was “angry” and proudly gave hi-fives for successes he had at home and in the therapy office. Grandma also reported, “I feel like I can do it now, and a couple months ago, I didn’t know if I could. After a brief moment, she smiled and said, “Yes, I am doing it.”

About the Author: Lily Stellmon