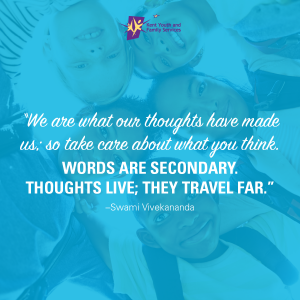 Being a new intern, I was intimidated to write a success story. “Who am I to know if this is a success story or not?” was my thought before submitting this story. However, recognizing a need to take me out of the equation I thought about my clients and how they have shown me their successes.

One client, in particular, we’ll call her Beatrix, came to counseling because her mother more than once disappeared from her life. Beatrix is almost 12 and deals with issues of self-esteem, guilt, anxiety, and sadness. She first began to talk about how she is afraid her mother will leave again. She is fearful of saying something wrong that will force her mother to leave. She believed she was at fault for her mother leaving.

We have worked on understanding that her mother’s choices are her mothers, not Bea’s. We also have worked on recognizing emotion. I gave her a worksheet with 56 faces on it, depicting different emotions (both good and bad). She was then free to make it her own. I made her copies to take home and she will choose two colors to represent each day; one for her positive emotions and one for negative feelings. She then records daily how many emotions she experiences and totals it out for the week. This allowed her to recognize that even though she has focused on the negative emotions, she usually has more positive emotions each day.

Slowly, Bea is beginning to experience joy, hysterical laughter, optimism, and happiness. She is really beginning to understand herself, as well as her emotions regarding her mother.