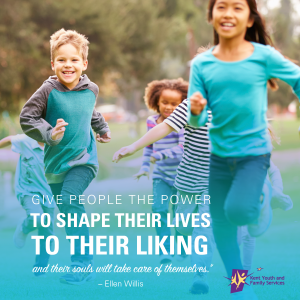 A 13-year old client, who we will call Lyle, began coming to therapy due to behavioral problems at school and home. He reported having no joy in participating in any activities with other people and felt as if there was no one in his life he could trust. He really seemed to dislike people, and according to him, people disliked him. He was soon diagnosed with depression and given therapy goals around balancing his negative core beliefs using cognitive behavioral therapy (CBT) techniques.

Using a CBT approach, Lyle discovered certain beliefs he holds about himself impact how he feels and how he views himself, as well as others. He realized he was telling himself he was unlovable and not worthy of respect. As a result, he lost interest in gaining approval from others and acted out in a way that would reinforce these thoughts.

With the use of thought records in session, Lyle was able to challenge the negative beliefs that impacted the cycle of emotion and behaviors. Little by little, he began to realize there are in fact parts of himself that are lovable. He discovered there were times when people treated him with respect and trusted him to do the right thing.

As more evidence toward positive thoughts was gathered, he achieved a more balanced perspective, which helped elevate his mood and change his behaviors. His parents report more cooperation at home and he is spending time with family than alone. Lyle presents more positivity and joy. He is able to report about exciting upcoming events, and recall fund experiences over the past week. With the help of a strong therapeutic alliance and a supportive family, Lyle challenged himself to change his outlook and combat his depression.